Sometimes, visiting a brewery is all about the beer. The chance to finally try beers I’ve read about or had recommended to me for months at a time can be tantalizing.

Other times, what makes the day enjoyable isn’t really the specific beers at all. It’s the downtime, the conversation, the relaxation.

On a scorching Sunday afternoon, my mum and I arrived at Brooklyn Brewery just as it was opening. We found some stools to perch on and ordered one of the signature flights. 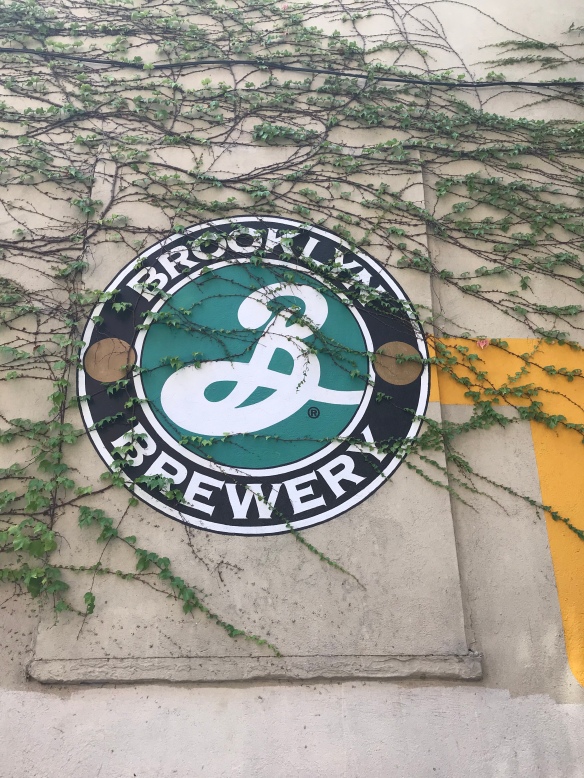 The lager and the IPA I’d had many times before, but the brown ale was a pleasant surprise. Rich and deep, with a hint of malted biscuit and berries.

But the real surprise was the sour, or rather, how much my mum liked it. It was refreshingly tart and dry, with undertones of passion fruit. 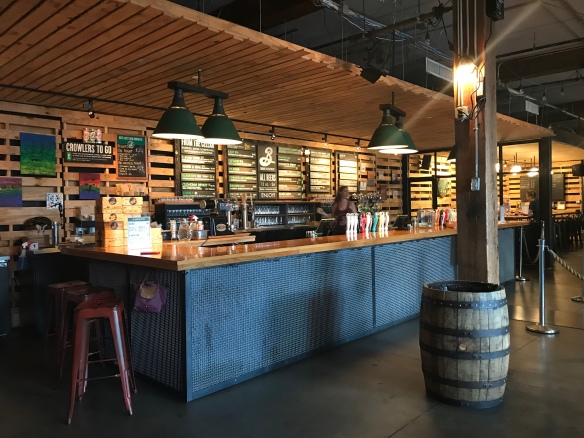 I’d forgotten how much fun sharing a flight could be, especially with someone with different tastes. My mum has accompanied me to many a craft beer bar or real ale pub over the years, and I’ve learnt a lot about her preferences. She likes pilsners and lagers. Pales and bitters sometimes, but nothing with too much dry-hopping. Darker styles are more hit and miss, with the odd exception of Titanic Plum Porter.

But since I haven’t traditionally been a huge sour ale fan, I’ve never had the opportunity to gauge her appetite for that category of beers. So now, it turns out that we have a new drink to enjoy together. And since it’s a style that I’m a beginner in sampling too, we can learn about the different beers on offer at the same time.

All in all, not bad for a discovery made on a Sunny afternoon in Williamsburg.